By Kate McPherson, Save The Bay’s Riverkeeper

Why are wetlands important? For one thing, they are great places for wildlife to feed, find water, nest, and walk through on their way to find new habitat. Wildlife highways called travel corridors are frequently found along rivers and streams. This winter, the property owner at Shady Lea Mill, the site of a 2018 dam removal effort, was curious about what mammals live near and use the Mattatuxet River behind the mill. In early December, the Narragansett Bay National Estuarine Research Reserve loaned Save The Bay some trail cameras and helped set them up so that we could start to answer the question. Over the course of the next six months, we observed over 12 species of mammals and birds.

We most certainly did not capture all of the animals using the Mattatuxet, but we were able to confirm some of the more secretive species. Some nice surprises included a great blue heron catching a fish, a raccoon washing its paws, a busy muskrat swimming upstream and downstream all day, wood ducks and black ducks using the river during migration, and an eastern phoebe using the camera pole as a hunting perch.

Intact or restored river corridors give animals more cover, making it harder for people to observe them. This trail camera project provided us great information: many of the animals that used the area around Shady Lea before the dam removal are still there, and are able to keep unseen better than they were before.

Below, check out an album with some of our favorite photos and videos from the Shady Lea Trail cameras (browse using the arrows): 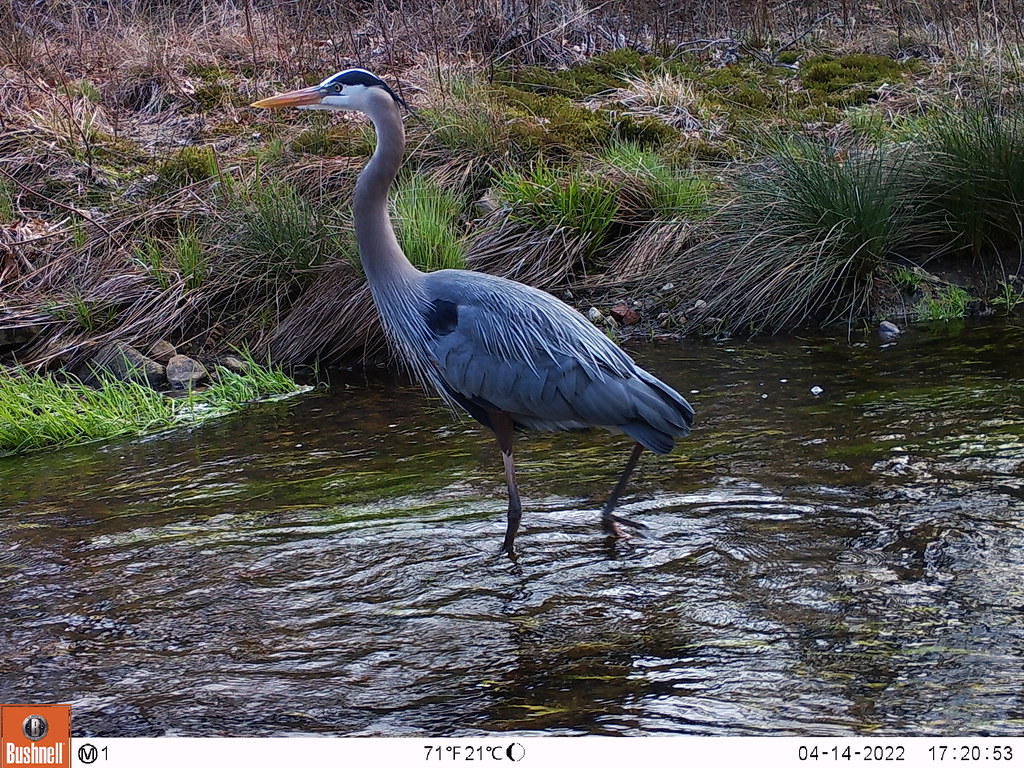