Putting Eyes and Ears on the Water (Part Three)

HomePutting Eyes and Ears on the Water (Part Three)

Save The Bay had made major steps in turning the tide on pollution—both as a political advocacy powerhouse and educational pillar in the community—for 23 years before the staff addition of a Baykeeper. A dynamic, on-the-water presence, our first Baykeeper began patrolling and responding to incidents of pollution in 1993, and continues to be a watchdog to Narragansett Bay, today.

In 2007, Save The Bay announced a South County satellite office opening on the Pawcatuck River in Westerly to serve as a hub for the advocacy, restoration, and education efforts in South County and Coastal Ponds region from Narragansett to the Connecticut border. A Coastkeeper was added to the staff, replicating the Baykeeper model as an on-the-water presence to work in the community to protect, restore and promote the stewardship of this important region’s waterways.

Save The Bay’s most recent Waterkeeper program was developed in 2016, with the addition of a Riverkeeper to monitor Narragansett Bay’s tributary watershed, including the Blackstone, Ten Mile, Runnins, Palmer, Kickemuit, Cole, Lee and Taunton rivers.

You can learn more about the early introduction of the Baykeeper and subsequent establishment of a Waterkeeper Program at Save The Bay by reading Part One and Part Two.

Our Waterkeepers face unique challenges, as some of the Bay’s most ecologically important and vital habitats exist along the borders of two states. For example, 60% of our Bay watershed lies in Massachusetts, forming a huge foundation of the Narragansett Bay ecosystem. Save The Bay’s Riverkeeper ensures that agencies across both Rhode Island and Massachusetts are enforcing their own environmental laws, but often becomes the first point of contact for incident response, like cutting or filling in a swamp or stream, because some towns in Massachusetts do not have a designated conservation agent.

A major responsibility of our Waterkeepers is the curation of relationships with various stakeholders, including Save The Bay members, state agencies, other nonprofits, and individual municipalities. While Rachel Calabro was formally named Riverkeeper in 2016, she had been working as a member of the advocacy team for years prior, partnering with watershed communities, other nonprofits, and local government bodies on notable victories like the 2009 Wild and Scenic River Designation of the Taunton River. This designation, established under the Wild and Scenic Rivers Act of 1968, affords special protections to safeguard water quality, fish and animal communities and recreation resources.

Save The Bay acted as a major player in advocating for the designations of both these rivers as wild and scenic, and serves on the Stewardship Council for each, respectively. Now that the rivers have this status, our Riverkeeper and Coastkeeper continue to work in partnership on the federal, state, and local level to implement local river projects and ensure long-term protection.

The collaborative relationships that Coastkeeper Prescott has formed with environmental organizations, town councils, and state agencies in both Rhode Island and Connecticut is another example of our Waterkeepers role in forming strong community partnerships. Findings from years of water quality testing in South County have allowed Save The Bay to initiate dialogue with both towns of Westerly and Stonington on making improvements to water quality. 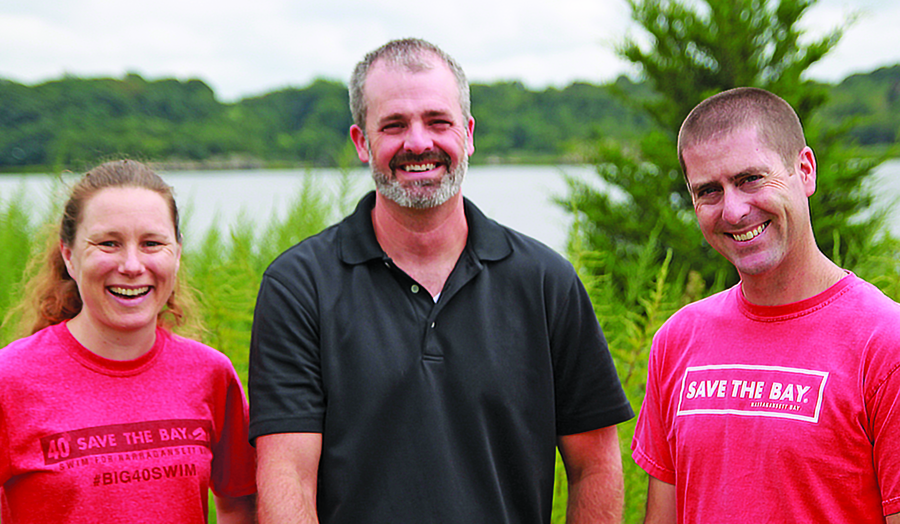 Our three waterkeepers continue to patrol the vast watershed that belongs to Narragansett Bay, monitoring water quality, responding to the concerns of members and supporters, and ensuring the enforcement of environmental regulations. While the tasks at hand are very much the same as when each respective Waterkeeper role was developed at Save The Bay, the challenges are always evolving. As a team, the Baykeeper, Coastkeeper, and Riverkeeper have been working together to trawl for and track the presence of microplastics, a relatively new threat, in our Bay.

In recent years, social media has shown to be an effective medium for Save The Bay’s team of Waterkeepers to keep the public informed of what they’re up to, and you can follow each of them on Instagram and Twitter. Some things, however, don’t change: Our hotline, as always, is open. If you’d like to report an incident of pollution on Narragansett Bay to our Waterkeepers, you can dial the same number that a community member would have in the nineties: 1-800-NARRBAY.

Missed the first two parts of the history of Save The Bay’s Waterkeeper program?